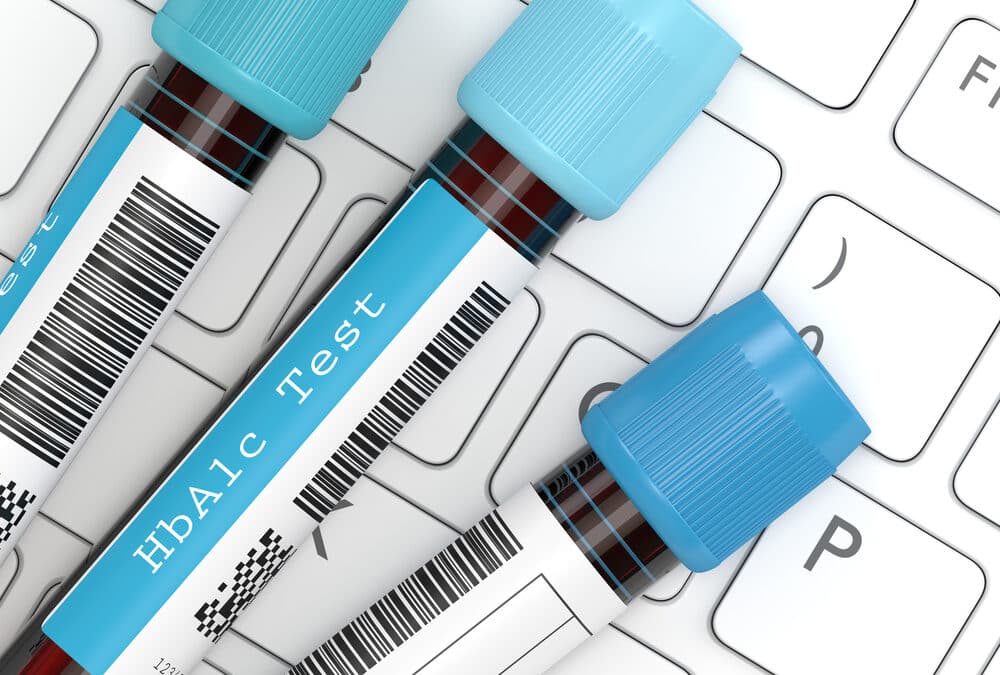 Three blood tests you must order to assess blood sugar control properly. (Your doctor is most likely only tracking one, two if you’re lucky—but definitely not three!)

If you have been reading my blog for a while, or are a patient of mine, you probably know that we view sugar and blood sugar disturbances as target number one in regaining your health. Disturbed blood sugar balance causes inflammation, hormonal imbalance, impaired immune response, and depletion of vitamins and minerals, just to name a few of the problems. For this reason, we address blood sugar control first, and it is probably the easiest thing to improve.

It is no exaggeration to say that blood sugar has a link to over 80% of our problems with chronic disease. In fact, it is estimated that one in three individuals are either diabetic or prediabetic right now, and 80% do not even know it! Once you are diagnosed as being prediabetic, the chance that you will become diabetic without diet and exercise correction within five years is 90%! I do not think it is too bold of a statement to say that we have to get control of this problem right now! That being said, when I ask patients about blood sugar problems, they often say “my doctor says my blood sugar is fine”.

The Problem With Only Testing Fasting Blood Sugar

So, if so many people have diabetes and prediabetes and don’t even know it, why are their doctors telling them that their blood sugar is fine? Well, when you look at people’s labs, you often see the doctors only one order one blood sugar test—fasting blood sugar. This is the least reliable of all blood sugar testing methods. I would say with 99% certainty, this is the reason why so many blood sugar problems are overlooked. So how to know where you really stand regarding your blood sugar? The answer is that there are actually three blood sugar tests that you must run in order to know how well you handle sugar.

What Else Should You Be Tested For?

We already said that fasting blood sugar measures blood sugar at one point in time. But what about the other two? Well, there are two other tests that measure that perfectly. The first is called hemoglobin A-1 C, or HA1C. It’s a measurement of how much damage is done to hemoglobin molecules by an excess of sugar over a two-month period. It is an accurate measurement of blood sugar average over the past two months.

Here’s the kicker—people have gotten so sick, which has brought up the average lab value, that people can now have a fasting insulin of over 25, and still not get a red flag! Studies have shown that fasting insulin levels over eight are associated with an increased risk of heart disease! See my previous blog for the difference between standard lab reference range and functional blood chemistry reference range for why that happens.

So, I had a patient come in to see me about six months ago. Let’s call him Jim. He had mental symptoms of brain fogginess and mentally “checking out”. His doctor had run bloodwork on him, and his fasting blood sugar was 100. This is too high in the pre-diabetic range but not diabetic yet, even by a long shot. So, I ran the other two tests, the H A-1 C, and the fasting insulin on Jim. His HA1C was 5.4, which is nearing the bottom of the optimal lab value of 5.5, but not alarming at all. His fasting insulin, however, was 29! His body was working extremely hard to keep his blood sugar at normal levels, which was causing massive inflammation and stress on his body and brain! No wonder he felt like garbage! And the kicker was, but not only did his doctor not check for it but even if he did, it would have been “only a little off”! It was almost 6 times optimum, but just barely over the standard lab reference range! Fail! I am happy to say that we put Jim on a low-carb diet, got him exercising, and gave him some other supplements that he needed, and he’s feeling much better today.

So if you’re like Jim, and have some mystery symptom that you would like to get the core of, or just want to make sure that you’re healthy, I would urge you to have your three pillars of blood sugar tested by your doctor. If your doctor is unwilling or unable to test these three pillars, please call our office, and we would be happy to prescribe the lab test for you. Remember, high blood sugar kills!